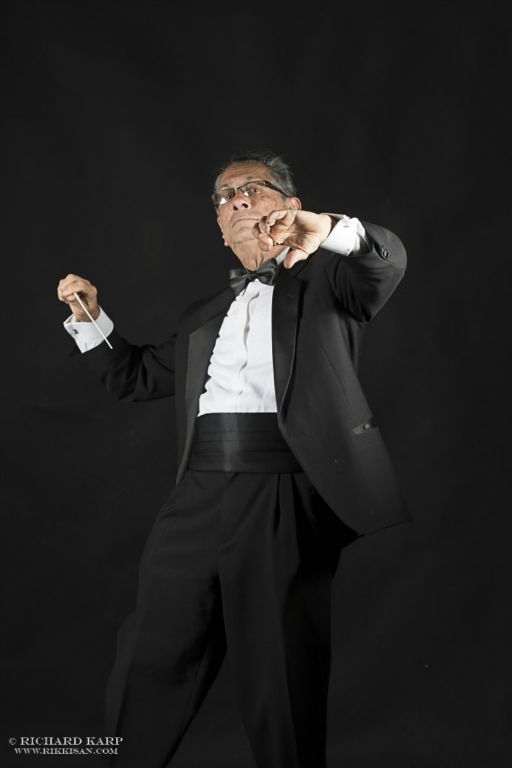 Bram Rodrigues was 18 years old, living in Amsterdam in 1941, playing his violin with friends in a band, when the Nazis invaded and began purging the Jews. As a young Jew, Bram and his father decided to escape. Bram gave his violin to his friend Johnny de Haan for safekeeping. He was caught by the Nazis, sent to Auschwitz, and murdered among the 1,1 million people killed there.

He never returned for his violin. That family kept the violin for 75 years until Johnny's son Wim found Bram's relatives living in New York because he discovered on the internet that Bram's nephew, David Groen, had published a book on the family's Holocaust experience; titled "Jew Face." This past summer, the Groen descendants traveled to Amsterdam for a ceremony in which the violin was returned to them! 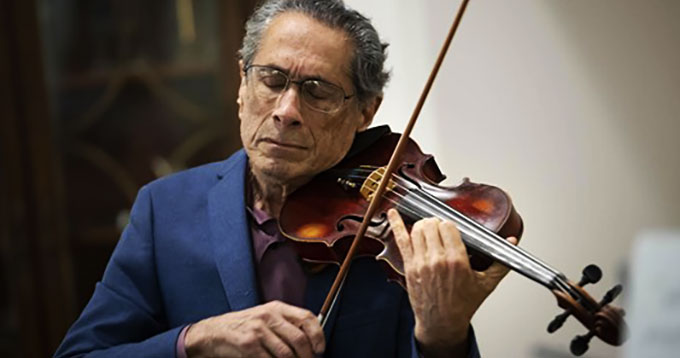 The violin, an early 20th century instrument with a Dutch label probably from France, was restored and played for the first time in 75 years this past December 6, 2019, by violinist Kenneth Sarch in a "Vanished Voice" Recital in Florida with all of Bram's relatives in attendance sponsored by Chabad of South Palm Beach. Sarch performed music from "Schindler's List" by John Williams, the "Nigun" by Bloch, and the "Sabbath Prayer" from 'Fiddler on the Roof.'

The concert, with a talk by author David Groen, Bram's nephew, was repeated on February 15, 2020, in Williamsburg, Virginia, where Sarch was a soloist with the Tidewater Intergenerational Orchestra. As a Jew, Sarch says that dealing with the Holocaust "always brings up very powerful emotions which this music brings forth. Playing Bram's violin seems preordained considering how details lined up; when I play Bram's violin, I feel that his soul is somehow within the body of the violin, and it is his voice that I am bringing out. In fact, the soundpost, a wood dowel set inside the body of the violin to enhance the vibrations, is called el alma in Spanish (the soul). " Sarch continued: "While there is sadness in the story of Bram and his violin, the program is uplifting because it gives meaning to Bram's life, comfort to Bram's surviving family, and hope for the future of mankind!"

While teaching on the Music Faculty at Mansfield University in Pennsylvania, Dr. Sarch built the symphony orchestra into a dynamic, vibrant ensemble that impressed audiences and received well-deserved accolades, and he started a String Chamber Orchestra. He earned a reputation for adding flair to the performances with his showmanship and humor.

The Julliard graduate came to MU in 1995 to teach violin and viola and conduct. Over the years, he has been awarded two Fulbright Scholar Awards in music to teach, perform and conduct in Brazil and Bolivia, the 2003 PMEA Citation of Excellence in College Music Education, and USIA Arts America Grants to Panama, Brazil, Jordan, and Israel.

He was invited 12 times to conduct the Panama National Youth Orchestra Music Festival in Panama City.

He founded and was the first conductor of Orquesta Sinfonica Juvenil in Santa Cruz, Bolivia, and returned in August 2013 as Guest Conductor in a program of American music and Violin Soloist performing the Mendelssohn Violin Concerto to celebrate the orchestra's 10th anniversary.

He performed the world premiere of Panamanian composer Narcisco Garay's "Violin Sonata," written in 1901, and the Beethoven "Kreutzer" Sonata at the International Saint Malo Festival in Panama.

Ken's publications reflect his scholarly curiosity and wide reach. They include: "Colonial Williamsburg Odyssey," for String Orchestra (six movements based on early American music), "Ahlan Sabaya Alfarah," ( Arabic Dance for strings with finger cymbals and drum); "March, Minuet, and Capriccio by Ben Franklin," based on Franklin's attributed manuscripts; "The Rink" and "The Bank Robbery," music for two of Charlie Chaplin's silent films.

Early in his career, Ken was Assistant to acclaimed violinist and teacher Roman Totenberg at Boston University and faculty at New England Conservatory and Shenandoah Conservatory.

Though he's "retired," Ken shows no signs of slowing down. A quick check of his website shows a full schedule of conducting and performing, and taking up the position as Concertmaster of the Bloomsburg Symphony and the Lycoming College Community Orchestra, conducting the Orquesta Sinfonica Juvenil he founded in Santa Cruz, Bolivia to include the South American premiere of Villafranca "Cinque" and Mary Lou Williams "Zodiac Suite" with Internationally acclaimed Jazz pianist Elio Villafranca in 2014.

Dr. Sarch leaves a long legacy of musical accomplishments in the United States and around the world!

Listen to the Music