Dr. Kenneth Sarch has a varied and exciting career as a concert violinist. For nearly 15 years, he developed a following as Concertmaster of the Williamsport Symphony Orchestra. Dr. Sarch currently performs as Concertmaster for the Bloomsburg University Symphony and the Lycoming College Community Orchestra. He plays as 1st violin in the Northern Neck Orchestra for its season in Virginia. Dr. Sarch was the featured violin soloist with the Williamsport Symphony in the Autumn and Winter Concertos from Vivaldi Four Seasons. In 2008, collaborating with violinist Jennifer Sacher-Wiley, he performed the Holst Concerto for Two Violins, which was televised on WVIA Public Television. Kenneth Sarch was violin soloist in the Mozart Symphonie Concertante with violist Madeleine Darmiento and the Millersville (PA) University Orchestra and he was featured as a soloist with the Orquesta Sinfonica Juvenil in Santa Cruz, Bolivia playing the Mendelssohn Violin Concerto. His recitals throughout the U.S., Europe, Israel, and South America were received with rave reviews.

Some of his Program Themes are: “Bram’s Holocaust Violin,” "Gypsy and Jazz," "Dances Around the World," "The Violinist as Composer," “Music by Women Composers” and "American Violin Music." He brings to his performances a powerful tone, virtuosic technique, and a deep and passionate musical expression. 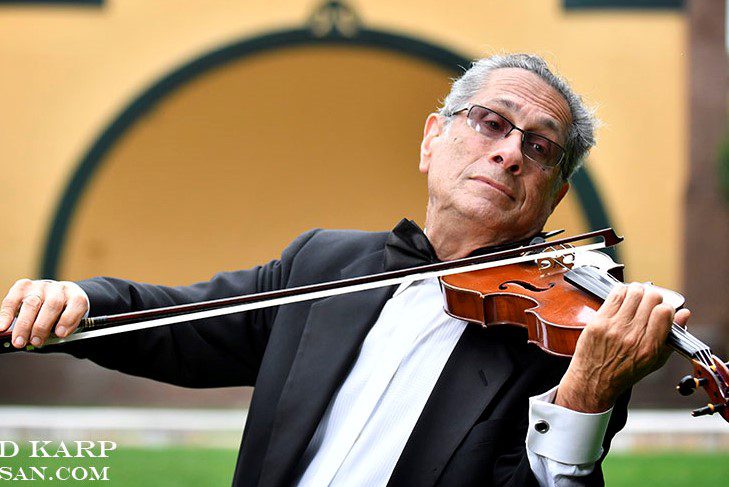 In May 2011, Kenneth Sarch was invited to appear in recital at the Saint-Malo International Music Festival held in Panama. During this Festival, he premiered the Narcisco Garay Violin Sonata (1901) with American pianist Daniel Rieppel and performed the Beethoven Kreutzer Sonata with American pianist David Viscoli. Garay, one of Panama's leading composers, studied with Gabriel Faure in Paris.
His appearances as recitalist, soloist, and chamber musician, as well as his many radio and television performances, have earned him an international reputation.

Kenneth Sarch's orchestral experience as a violinist encompasses a host of orchestras under many of the world's great conductors.

Some of Dr. Sarch's musical travels include the following:
In January 2010, Dr. Sarch was invited by the Panama Asociacion Nacional de Conciertos as Guest Conductor of the 25th Anniversary Festival of the Panama National Youth Orchestra Campimento. He returned as Guest Conductor in 2011 and 2012. In the summer of 2005, Dr. Sarch was invited by the US Embassy in Panama to perform recitals, present Master Classes, and work with string students in Panama City. He also presented a series of Master Classes in Panama City during June 2008.

While in Bolivia in 2004, on one of his Fulbright scholarships, Dr. Sarch's violin recitals and orchestra presentations were received with standing ovations and were nationally televised He made front-page headlines by forming the first-ever symphony orchestra for the city of Santa Cruz, the Orquesta Sinfonica Juvenil de Santa Cruz.

Dr. Sarch traveled to Cuba in December 2002 as an invited member of a delegation of American String Teachers sponsored by the People-to-People Ambassador Program. The delegation met with Cuban music teachers, players, and conductors, observed music programs from public school through university levels, and toured Havana and Cienfuegos. Dr. Sarch presented two Master Classes for the university students in Havana.

In March 1992, Dr. Sarch went for six months to Belo Horizonte - the third-largest city in Brazil - as a Fulbright Scholar and Visiting Professor at Federal University of Minas Gerais. In this capacity, he performed violin recitals during his stay in Brazil. Dr. Sarch also had a mini residency at the University in Porto Allegre, where he played the Haydn C Major Violin Concerto with orchestra and presented Master Classes.

"When I was a high school student, most of my friends had photos of sports stars hanging on their walls at home; I had concert flyers with photos of famous violinists like Stern, Menuhin, Ricci, Heifetz, Milstein, and Elman. There has always been something magical in hearing a great violinist performing on stage.

In my concert performances, whether solo, chamber music, or orchestral, I try to create that magical experience for my audience. I think of a concert violinist being like a great actor: bringing to life in one's own personal way, the emotions and messages of the music being played like an actor bringing a character in a play to life. I discovered this when I was engaged to play a Gypsy violinist in a Checkov play by a theater company in Hartford. When I dressed in costume as a Gypsy and entered the theater, I no longer felt like myself playing, but really as if I were an actual gypsy. I played so differently in costume – with complete abandon and with imaginative freedom. I recognized that I had played quite differently on stage– more reserved and self-conscious. I liked how I played as a gypsy and realized that getting out of myself and into the character and meaning of the music was the secret to reaching the audience. This is how I play now!" 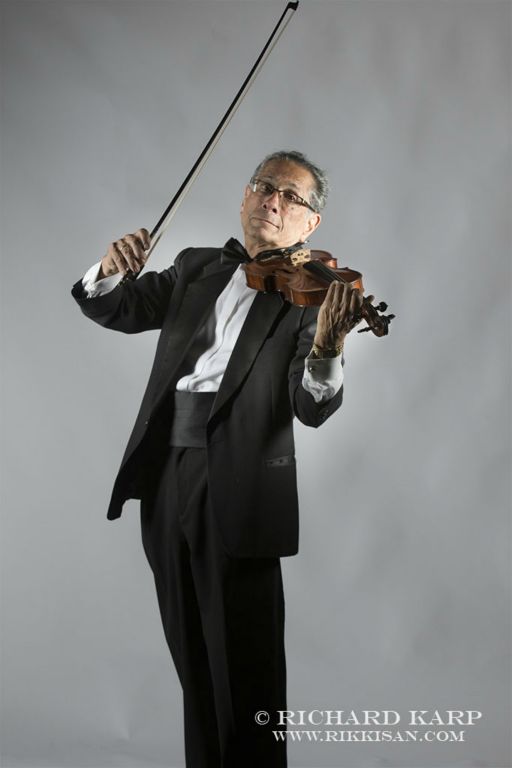